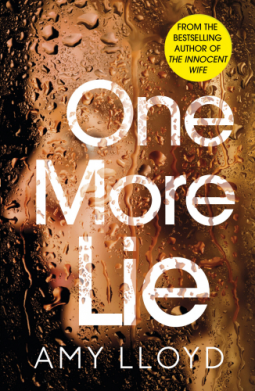 This is the first novel I have read by Amy Lloyd and it was a good read.  The author addressed a taboo subject in that the main protagonist was a child killer.  It was dealt with carefully and with empathy.

Her new name is Charlotte and this is the second opportunity she has had to make a life for herself after being released.  The first time she couldn’t deal with the reality and the story is based on her second chance.  Her partner in crime, Sean, has been released for some time and we follow his trials and tribulations as he attempts to move forward.

I found Charlotte’s struggle with the reality of life eye-opening and tragic and to understand the two children’s plight which lead to the murder as infants realistic and utterly awful.