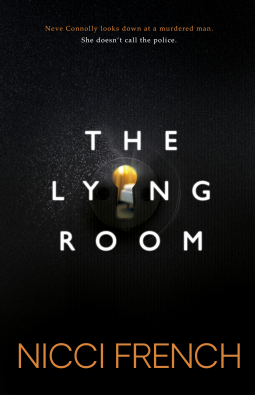 I have read most of the novels (somehow I’ve missed a few) by Nicci French and they have never disappointed and this one certainly didn’t.  An exceptional read with numerous twists and turns which kept me on the edge of my seat and unable to put down.

Neve Connelly is married, three children with one about to go to university, works part time with three people she knew from college.  Her husband, Fletcher, works from home although it appears as if he is earning very little.  Their relationship used to be strong.

Neve is having an affair with one of her bosses from work, who is also married.  It has not been going on for long but she is smitten.  One morning, over breakfast she receives a text message, which she assumes is from him to meet up again.  Unexpected but she doesn’t hesitate even though she thought he was away at a conference.

She lets herself into his London flat to find him dead with his head caved in and a hammer lying next to him. This is where Neve begins making decisions, which are going to radically change her life forever.  Who killed her lover, who knew about her visit and who can she trust?  I will stop there, as I do not want to give anything else away.

Amazingly well plotted with some characters I loved and others I hated.  As the secrets begin to unfold it becomes clear that not all the relationships are what they appear on the surface.  The writing and direction led me in so many different directions and there were times when I wanted to shout at the characters to tell them what was happening.

Thank you to NetGalley, Simon and Schuster UK and Nicci French for my ARC in return for my honest review.

A must read, highly recommended.