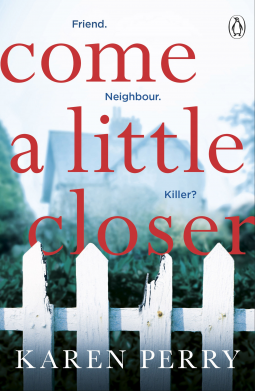 This is a story of murder, passion, intrigue and dysfunctional families. The story is told from three perspectives which all give a different view on the situation: Leah, Anton and Hilary.

Leah and her partner Jake have rented the basement flat in a large house through Jake’s friend, Mark.  Mark is the son of Anton who has just been released from prison.  Initially, neither Jake nor Leah know of Anton’s situation. Hilary and Greg (both teachers) live opposite the big house which Anton has returned to and Hilary is watching the proceedings carefully.

Leah resembles Anton’s former wife, Charlotte, who was murdered, and Anton was convicted and served the sentence for the murder despite always claiming he was innocent.

When Jake and Leah are informed of Anton’s past by Hilary at a dinner, she has arranged they take diverse attitudes towards it.  Jake immediately takes the view to avoid but Leah has begun to form a friendship with Anton and believes him when he says he is innocent.

As the story progresses, we learn that Leah has a deep dark secret which she hasn’t told Jake about but is willing to confide in Anton and Hilary is obsessed with Anton and the new friendship he is forming with Leah who looks very similar to Charlotte.

As the secrets unfold the story takes on a sinister aspect and it isn’t clear who is telling the truth and who is lying.  The ending was cleverly crafted.

I have not read any Karen Perry before, but this was brilliant and kept me absorbed with well-developed characters and an excellent plot involving numerous sub-plots, twists and turns.

Many thanks to NetGalley, Penguin UK, Michael Joseph and Karen Perry for my ARC in return for my honest review.