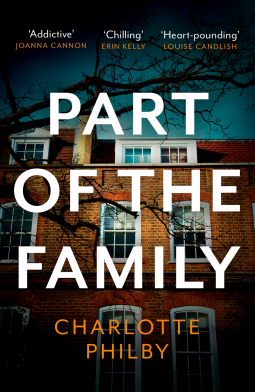 This is the debut novel from Charlotte Philby and I found it a compelling read.  This story is full of intriguing characters and nobody is who they appear to be, and I loved the way the scenery moved around the world particularly appreciating the Greek input from Skiathos.

The novel is told from two viewpoints, that of Anna (who we know has secrets) and Maria, a Greek born woman who we learn is spying on others.  Although initially the main plot evolved from Anna, I felt the movement between the two women and the storyline from different timeframes kept the plot alive and interesting.  I’m still not sure that I have worked out exactly who was who, what was happening and who was working for which organisation, but it certainly kept me engrossed from beginning to end.

Anna, David and Meg meet a university and Anna is keen to pursue a career as a journalist.  These three meet Harry, in a bar, just after he has been fired from an investigative journalist position even though he is not honest about this up front. The relationships between these four main characters is complex and unfolds gradually with the plot intermingled with the other characters who are all strong.  Anna is attracted to Harry, David is attracted to Anna and Meg seems to be friends with all of them.

The relationship between Anna and Harry is one of obsession on Anna’s side and this keeps coming in and out of the storyline even after Anna marries David, has twin girls and enjoys the opulent lifestyle David’s family belongs to.  Maria arrives in the storyline on a visit to, David’s father’s beautiful house in Skiathos which is looked after by Maria’s mother.

Thank you to NetGalley, HarperCollins UK, Harper Fiction, The Borough Press and Charlotte Philby for my ARC in return for my honest review.