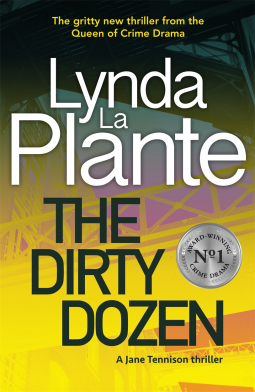 I read ‘Murder Mile’ a short time ago and found it a brilliant read.  This is the next stage for Jane Tennison as she is sent to the Flying Squad, known as ‘The Sweeney’.  She is the first woman to be part of this ‘elite’ group and she is made aware of this at every stage.  The sexist comments are plentiful but her ability is not in doubt despite some of the squad trying to out-do her.  Her fight to be treated as an equal shines through.

Transported back to April 1980 with clear concise detail and all the police procedures brilliantly developed.  Her first day sees her involved with finding four men who robbed a bank and subsequently set fire to the get away car.

The whole squad know that the ruthless gangs in that part of London view the police as better dead than alive and Jane finds herself with information from a reliable source that a robbery is about to take place.  Can she find out where and when?

Thank you NetGalley, Bonnier Zaffre and Linda La Plante for my ARC.

If you are a fan of ‘Prime Suspect’ then this is a must read.  Brilliantly crafted and highly recommended.