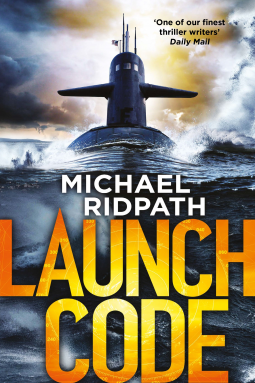 This was a fantastic read by an author who I have read before, but I read his first novel, Free To Trade, when I was working in the City and for some reason have missed out on all of the ones in between. I intend to rectify this over the coming months.

The story is told from two timelines.  1983, on a US submarine in the middle of the cold war and what happens when the captain of the vessel receives instructions to fire on three destinations; and 2019, where the family of one of those on board that submarine, Bill Guth, is celebrating Thanksgiving with his family and friends.

A journalist has arrived prior to the celebration to ask questions about the incident aboard the submarine and it is clear that he is not given all of the information.  However, he is found dead later that night after attending the Thanksgiving meal and a web of lies, mysteries and family secrets begin to emerge.

There was nothing I didn’t like about this novel and found the characters and their development clever going hand in hand with the plot as it curved through much misleading information from those characters.

Thank you to NetGalley, Atlantic Books, Corvus and Michael Ridpath for my ARC in return for my honest review.