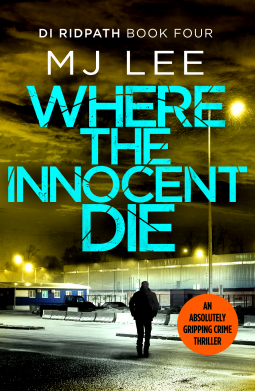 This is the fourth novel in the D I Ridpath series by this author and I have read them all.  The review I did of the third in the series I stated they were getting better and better and this is still true.  Absolutely brilliant read and D I Ridpath is probably my favourite detective character at the moment for a whole host of reasons.  Although a series it is easily read as a standalone.

D I Ridpath is part of the Greater Manchester Major Incident Team (MIT) and has been seconded to the coroner’s office for some time as he had cancer which still plays a part in his life even though it is now in remission.  He is not too good at looking after himself and his daughter and wife play a big part in helping him.

Once again, some difficult subjects are handled with care and detail as a woman, Wendy Tang, is found dead in a detention centre where she was awaiting deportation.  The initial verdict is suicide and Ridpath is brought in to assist the Coroner, the inimitable Margaret Challoner, with the inquest.

As can be expected nothing is as it seems and when the man who was in the room next to her is found dead in another location it soon points to murder.   One of the main questions is how could anybody get into a secure building, watched over by guards to commit murder.

Clever, intriguing with numerous twists and turns and M J Lee does not pull punches in his storyline, so it can be grim in parts.

Thank you to NetGalley, Canelo and M J Lee for my ARC in return for my honest review.

Once again a brilliant read and highly recommended.