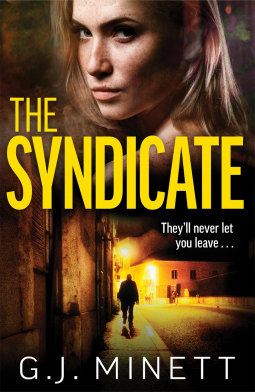 This is the fourth book from this author and I have read the other three.  All are brilliant and stand-alone but I think this one is the best so far.  I was hooked from the beginning.

This is the story of Jon Kavanagh, ex-army, who was injured in Northern Ireland along with others.  He sustained serious injuries, leaving him with a nasty scar down his face and the possibility that he would lose his sight one day.  He rescued the Maurice’s son who was killed because of lack of attention to the duty.

After the army he joined ‘The Syndicate’ reporting to Maurice and carried out several hits as well as other shady missions.  The last hit he carried out he left a three-year-old girl, who potentially could identify him, and this was a serious breech for ‘The Syndicate’.  The rule was never to leave a witness.

He is haunted by her face and desperate to find out how her life panned out after this.  He is also haunted by another young girl, Katy, and we find out the true story behind her as the story progresses.

On the surface, Kavanagh, as he is known, seems to be the type of evil character we should all hate but, as we catch up with his life and what he is doing I felt empathy, understanding and a liking for him.  He has managed to walk away from ‘The Syndicate’ but Maurice is dead and his younger son, Jimmy, has taken over and there appears to be no escape.

The narrative is realistic, gritty with no punches pulled and an absolutely storming end.  This was a tremendous read and I couldn’t recommend it highly enough.