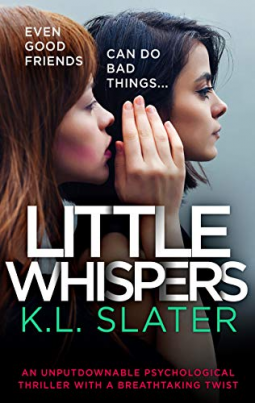 Janey Markham is thrilled to be moving with her family to Buckingham Crescent, the smartest address in a desirable suburban town.

Worried she’ll be excluded by the glossy local mothers, Janey is thrilled when she meets Tanya, the kind of woman she has always looked up to. Tanya takes Janey under her wing, and her teenage daughter Angel is amazing with Janey’s little boy. As Janey and Tanya grow closer, Janey feels she can finally leave her troubled past behind.

But then everything changes…

In a weak moment over a bottle of wine, Janey finds herself telling Tanya her most shocking secret. Why wouldn’t she trust her new friend?

The following day, Janey sees Angel, with a man old enough to be her father, pushing someone into a car. The next day a body is found and police appeal for witnesses – and share a picture of the same car…

When Janey tells Tanya she is going to the police, Tanya turns threatening. She’ll stop at nothing to defend Angel, even if her daughter is guilty. If Janey says anything, Tanya will make sure that her dark secret gets out.

Janey faces an impossible choice. Stay quiet about what she saw that terrible day. Or speak up, and destroy the family she has worked so hard to protect…

From million-copy bestseller K.L. Slater comes this twisty and absolutely unputdownable roller-coaster ride of a read. Fans of The Girl on the Train and Gone Girl will be totally hooked on Little Whispers.

I have read all of K L Slater’s previous novels and have thoroughly enjoyed all of them. Her ability to tell a chilling tale is exceptional and ‘Little Whispers is no different.

The story is told mainly from Janey’s viewpoint as her husband gets a new, better paid job, they move house to somewhere lovely and Janey wants to be accepted by those who live in the same prestigious street.  There is an underlying problem in that Janey remembers her mother always saying not to trust people and, from the beginning of the novel, we learn that her mother told Janey something awful before she died.

Her life seems to be changing and as she becomes close to the women from Buckingham Crescent, she lets her guard down and tells her deep secrets to one of the new friends.

The plot twists and turns throughout and there are times when I wondered what was coming next.

A brilliant read and highly recommended.  Thanks to NetGalley, Bookouture and KL Slater for the ARC in return for my honest review.

For many years, Kim sent her work out to literary agents and collected an impressive stack of rejection slips. At the age of 40 she went back to Nottingham Trent University and now has an MA in Creative Writing.

Before graduating in 2012, she gained literary agent representation and a book deal. As Kim says, ‘it was a fairy-tale … at the end of a very long road!’

Kim is a full-time writer. She has one daughter, two stepsons and lives with her husband in Nottingham. 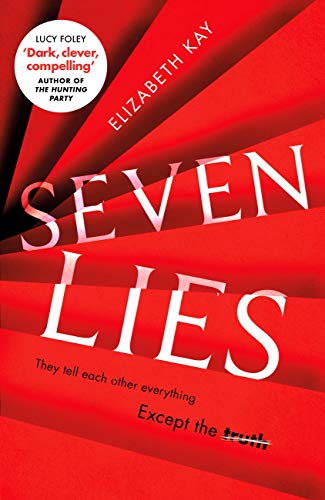 Jane and Marnie have always been more than best friends.  Since the days of school, through university and into adulthood they have remained close and their lives interwoven. The intensity of this relationship is made clear.  Into this there were jealousies, obsessions and the way jane needed her friend.

Jane is narrating the story and it is clear that she is the dark, temperamental one whilst Marnie is the bubbly, effervescent one.  The complexity of the relationship as the pair find men and marry with tragedy right from the beginning.

I found the author’s writing first class as she managed to create a tone of menacing foreboding as the lies were revealed gradually.  It was fast-paced and wove a destructive path through the numerous twists and turns. 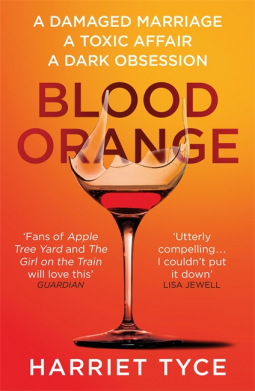 This is Harriet Tyce’s debut novel and what a thriller.  ‘Blood Orange’ centres around Alison who is a successful criminal barrister. She is married to Carl with a beautiful daughter, Matilda.  Carl looks after the home, child care and general takes care of everything.

The writing is brilliant and the character of Alison, whilst annoying, was excellently portrayed and managed to illicit just the right amount of empathy.

This is a legal/psychological thriller with twists, turns and tense situations showing how easy it is for somebody to get misled and end up in positions which they never intended.

There were some uncomfortable matters addressed throughout and I thoroughly enjoyed the read.  I cannot wait for the TV series. 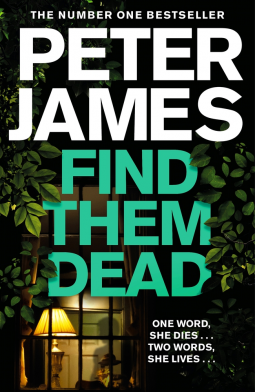 And it still keeps getting better

This is the sixteenth Roy Grace novel (all of which I have read) and I find myself saying it is the best yet (again). There are so many aspects to these novels but I love the fact that the author, Peter James, is always bang up-to-date with current situations as well as being well-researched.

Mickey Starr (or Lucky as some people know him) has a brother with downs syndrome who he idolises and has pledged to look after.  However, the novel opens with Mickey trying to bring a large quantity of class A drugs into the country hidden in a fake, top of the range, Ferrari.  He gets caught and his ultimate boss is then found and the two go on trial.

Mickey pleads guilty in the hope of a shorter sentence so he can get out to his brother whilst the boss denies all knowledge of Mickey and the drugs.

In the meantime, Meg Magellan is taking a redundancy package as she sees her daughter, Laura, going on a round-the-world trip with her best friend.  Meg has a sad past with family bereavements and during Laura’s trip is required to do jury service.

As the jury arrive there is somebody at the front of the public gallery filming the jurors with a view to trying to persuade them to return a ‘not-guilty’ verdict.

This is easily a stand-alone novel, although my enjoyment is enhanced by the fact that I know the background to some of the characters and wait for their next moves.

The ending was great. ‘I’m writing because I have something of interest about our mutual friend. No names mentioned because all these letters are read, but I know you were interested in doing something with that park bench.’

I cannot wait for the next instalment.

Thank you to NetGalley, Pan Macmiilan and Peter James for my ARC of Find Them Dead in return for my honest review. 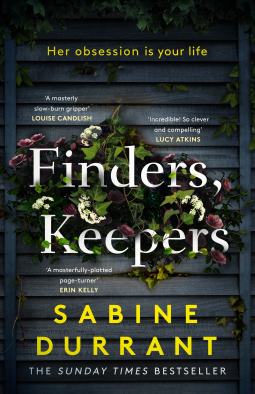 I have read this author before and this was another classy read. “Finders, Keepers’ is full of suspense, twists and turns with brilliant characters and a clever plot.

Alisa and Tom Tilson move to Trinity Fields with a view to making a fresh start and need to renovate their new home.  Their neighbour, Verity whose eyes the story is told through, has many layers to her character and has lived in Trinity Fields all of her life.

There are secrets in both houses and a conflict immediately between the new neighbours and somebody who doesn’t want to change.

Many thanks to NetGalley, Hodder & Stoughton and Sabine Durrant for my ARC in return for my honest review.